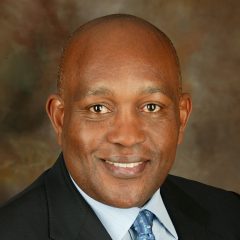 Mr. Charles Mbire [Chairman MTN Group] Born: January 01, 1959 at: Mparo, Rukiga District Uganda          Nakasero Kampala Uganda
EDUCATION
University of Essex, University of Leicester
DESCRIPTION
Charles Magezi Mbire is a businessman, entrepreneur, and industrialist in Uganda. He was reported to be the wealthiest indigenous Ugandan, with an estimated net worth exceeding US$200 million as of January 2012. Mbire was born Charles Magezi in 1959 to Ponsiano Mbire and Thereza Mbire in Mparo, Rukiga District, southwestern Uganda. He is the third-born in the family with three sisters, two of them older than him, and two younger brothers.[4] He attended Kabale Primary School and Kitante Primary School for his elementary education. He studied at St. Mary's College Kisubi for his O-Level education. He then attended Namasagali College for his A-Level studies.[5] He studied business and economics and graduated with the honors degree of Bachelor of Science, from Essex University in England. He went on to obtain a Master of Business Administration from Leicester University, also in the United Kingdom. His investments are in telecommunications, finance, energy, real estate, pharmaceuticals, agribusiness, and transportation.