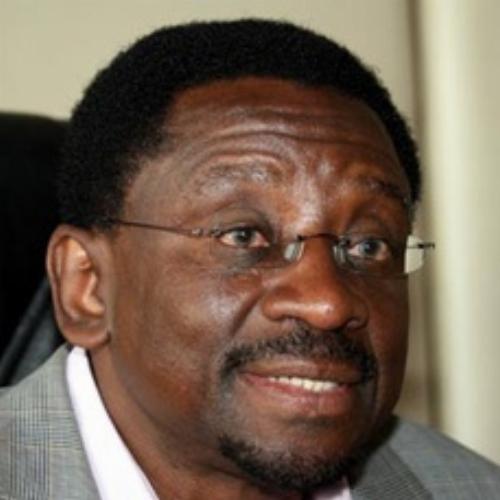 Mr James Aggrey Bob Orengo [Hon] Born: January 01, 1951 at:       www.facebook.com/public/James-Orengo
EDUCATION
He comes from Ugenya Constituency of Siaya District was educated at Ambira Primary School and the Alliance High School. He is law graduate of the University of Nairobi where he was the student body president in his final year. He graduated in 1974. He is married to lawyer Betty Murungi.
DESCRIPTION

James Aggrey Bob Orengo is a Kenyan politician and lawyer. He has largely served as a politician and widely regarded as one of the best lawyers in Kenya. He is also among the few lawyers who the earned a title of Senior Counsel in Kenya, after he was honoured by such with former President Kibaki. He was Minister of Lands from 2008 to 2013, and served in the Senate of Kenya since 2013 as senator for Siaya County. He on 1st September 2017 won a case at the Supreme Court that nullified the re-election of President Uhuru Kenyatta.

Orengo became well known for his fight against unjust rule and spent several years in detention as a result. He was, together with six other MPs, part of The Seven Bearded Sisters. Orengo along with Michael Kijana Wamalwa, Kiraitu Murungi, Raila Odinga, Paul Muite were among the Young Turks who along with Jaramogi Oginga Odinga, Masinde Muliro and Martin Shikuku brought about what was termed as Kenya's second liberation, they formed the formidable Forum for the Restoration of Democracy(FORD), a vehicle that nearly pushed KANU the ruling party out of power in the 1992 general election. He is a founding-member of Muungano wa Mageuzi (Movement for Change), a cross party lobby group.

Orengo was elected as an MP for Ugenya Constituency as a KANU candidate in a bye election in 1980. He became the youngest MP at age 29. Orengo was subsequently elected as an MP in December 1992 on a FORD-Kenya ticket. He was re-elected in December 1997 on a Ford-Kenya ticket but lost his seat in the 2002 general elections when he also contested for the Presidency on a Social Democratic Party ticket.

Orengo ran for presidency in 2002 for the Social Democratic Party(SDP), but finished fourth with just 0.4% of the votes. His party lost all of its parliamentary places, as many SDP's leading figures had joined the NARC coalition.

As of 2007 he was still the SDP chairman. The party supported Raila Odinga of Orange Democratic Movement at the 2007 general elections.[1] In the 2007 elections Orengo won the Ugenya Parliamentary seat on an ODM ticket. He had been out of parliament since the 2002 elections after losing the seat to Arcbishop Stephen Ondiek.

During the post-election crisis, Orengo served as one of four spokesmen for the Orange Democratic Movement in its attempts to settle its dispute with the Party of National Unity following the disputed presidential elections in Kenya in 2007.[1]

Orengo was sworn in as a Minister for Lands in the new Coalition Government formed by the National Accord Act of 2008. This is his first stint as a cabinet Minister.

Orengo revealed the sale of the Grand Regency hotel at 2.7 billion Kenyan Shillings (approximately $30 million US). He announced the transfer of ownership from the Central Bank of Kenya to the new Libyan owners had taken place under the direction of Amos Kimunya, finance minister. This has set off the Grand Regency Scandal.