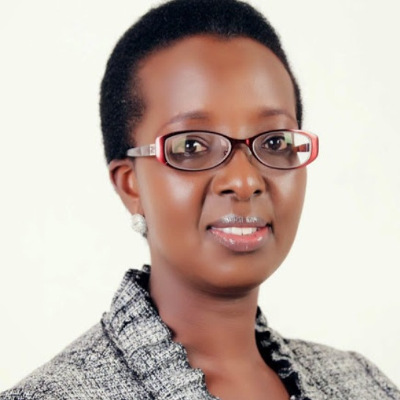 She was born in Rukungiri District, Western Region of Uganda, in 1961.

Education
Kagina studied at Gayaza High School, a prestigious, private, boarding, all-girl primary and high school.
She graduated from Makerere University with a  Bachelor of Science degree in psychology, Uganda's oldest and largest public university.
Allen also holds a Masters in Public Administration from the University of Liverpool in the United Kingdom

Work Experience
Kagina started her career in 1985 as a teaching assistant at Makerere University and later moved to the Office of the President. In 1992, she joined the URA as a senior principal revenue officer, serving in that capacity until 1998.
In 2000, she was promoted to the rank of deputy commissioner for customs at URA, serving in that capacity until 2001. She was appointed commissioner general of URA in 2004. She is credited with improving the URA's financial performance.
She was awarded the Corporate Leadership Award in February 2006, by Destiny Consult, an industry group, for turning around the performance of the tax body since her appointment to head the organization in 2004.
In October 2010, her contract was renewed for another three years. Her monthly salary was reported to be UGX:28 million (approximately: US$11,250).On 27 April 2015, John Byabagambi, the Ugandan Minister of Works and Transport at that time, appointed her as the executive director of the UNRA, effective 1 May 2015.