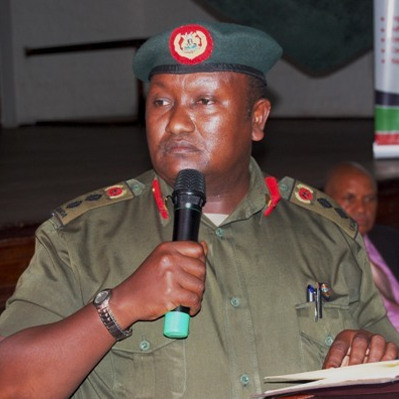 Colonel Felix is the political commissar of the Uganda People's Defence Force and also representative of the same force in the parliament of Uganda.

Education
Felix attended several primary schools, completing P7 at St. Herman Nkoni Boys' Primary School in Masaka.
He attended Kabalega Secondary School for O-Level and Kololo High School for A-Level.
He graduated from Makerere University with a Bachelor of Arts in Education, in 1989. He later studied a Master of Arts in Economic Policy and Planning.

Military Career
He joined Uganda's armed forces in 1989, after completing his first university degree. He saw combat in Northern Uganda against the Lord's Resistance Army. While there, he served as a platoon commander. Later, from 2005 to 2013, he served as the UPDF Spokesperson. Still later, he served as the Chief Political Commissar. In 2016, he was elected to serve as a Member of Parliament representing the UPDF in the 10th Parliament (2016 to 2021). He spent some time in the Presidential Protection Unit, which today is part of the Special Forces Command in the UPDF.