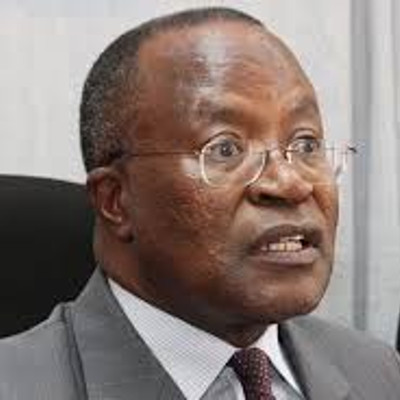 James Nsaba Buturo is a Ugandan politician. He was the Minister of State for Ethics & Integrity in the Office of the Vice President in the Cabinet of Uganda from 1 June 2006 until his resignation on 15 March 2011.

During the cabinet reshuffle of 27 May 2011, Buturo’s docket was assigned to Father Simon Lokodo. He also served as the elected Member of Parliament representing "Bufumbira County East",Kisoro District, from 2001 until 2011. In the 2011 national elections, Nsaba Buturo lost in the primaries to Wagahugu Kwizera of the National Resistance Movement political party, who is the incumbent MP for that constituency. Nsaba Buturo insisted on contesting the general elections as an Independent candidate; but he still lost. He accused the United Nations of a surreptitious mission to impose acceptance of homosexuality on sovereign countries.

Career
From 1977 until 1986, he served as a District Commissioner in the Ministry of Local Government.
He then emigrated to the United Kingdom, where he served as a Development Manager, from 1989 until 1995.
In 1999 he returned to Uganda and was appointed Director of Planning & Monitoring for in the Uganda AIDS Commission, serving in that capacity until 2001.
In 2001, he entered politics and was elected to the Ugandan Parliament, to represent "Bufumbira County East",Kisoro District. He was re-elected in 2006. From 2001 to 2006, he served as the State Minister for Information & Broadcasting. He was retained as State Minister for Information in the cabinet reshuffle of 13 January 2005.
In another cabinet reshuffle in June 2006, he was appointed State Minister for Ethics in the Office of the Vice President. In March 2011, he lost his parliamentary seat and resigned from the cabinet.