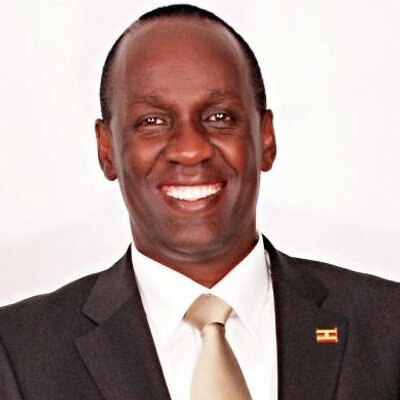 Mukula is a Ugandan, professional pilot, businessman and politician.

Mukula was born in a humble family in Soroti, Teso sub-region of Uganda.  His mother was a teacher who raised them single handedly, after she had left their father for battering her. The little money she earned as a teacher is what she used to raise her children.

Mukula and his siblings were often sent back home for school fees. Soon the mother taught him some small scale businesses and he was able to sale “Mandazi”. Later Mukula moved to live with an uncle in Entebbe, which became the defining moment in his life. Entebbe has Uganda’s only international airport and Mukula fell in love with the smartness of the air hostesses and pilots at the airport. He developed admiration for flying and it became his passion. He attended local schools before being admitted to the school of Flying in Kenya, Wilson Airport in Nairobi, Kenya. He went on to complete his pilot training in the United states.

2005, he got a masters of business administration at Nkumba University and was awarded an honorary doctorate degree by the latin University of theology, Torrance, California, USA.

In the 1980's Mukula worked as a personal pilot for President Yoweri Museveni. He owned a fleet of Cessna aircraft that he leased out.

In 2001, Mukula joined politics and successfully took over the Member of parliament seat for Soroti Municipality. He has continuously held onto to the seat, winning the elections in 2006 and 2011.

From 2001-2006, Mukula served as the appointed minister for health until the reshuffle that saw him off the cabinet.