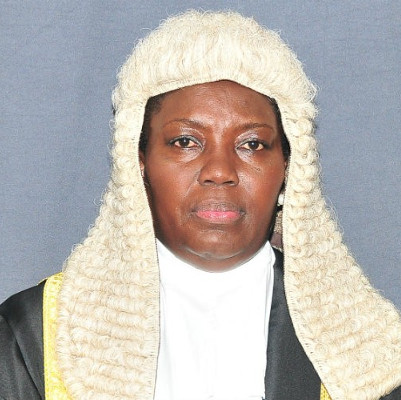 Education
Attended Namasagali College for her high school education.
Studied law at Makerere University, graduating with the degree of Bachelor of Laws (LLB), in 1978. Obtained a Diploma in Legal Practice from the Law Development Center in Kampala in 1979.
2000, she obtained a Diploma in Women's Law from the University of Zimbabwe.
2003, she obtained the degree of Master of Arts (MA), specializing in Women's Law, also from the University of Zimbabwe.

Work experience
Between 1984 and 1988, she was in private law practice.
1989 to 1996, she served as the member of parliament for Kamuli District in the District Woman's Constituency.
She served as the Chairperson of the University Council for Mbarara University, between 1993 and 1996.
During 1996, she served as Secretary General of the East African Women Parliamentarians Association.
From 1996 to 1998, Rebecca Kadaga was the Ugandan Minister of State for Regional Cooperation (Africa and the Middle East).
Served as Minister of State for Communication and Aviation from 1998 to 1999 and as Minister for Parliamentary Affairs from 1999 to 2000.
She was elected as Deputy Speaker of Parliament in 2001, a position that she held until 19 May 2011, when she was elected Speaker of Parliament.
Following the February 2016 general election, Kadaga was unanimously re-elected as Speaker of Parliament on 19 May 2016

Parliamentary duties
Besides her duties as speaker of the Ugandan Parliament, she sits on the following parliamentary committees:
Appointments Committee – The Committee reviews all Cabinet appointments by the President, and may approve or reject an appointment: