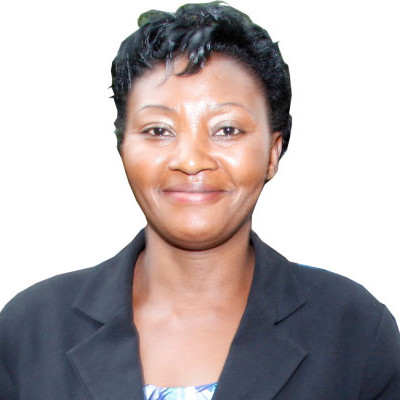 Born to: Modesty and Kanyere Constance Muke in Nsenyi Village, Kisinga sub county in Kasese district western Uganda.
At 10years old Winnie lost her father, leaving her widowed mother the responsibility of looking after her and all her siblings. The culture of the Bakonzo at the time was that when the head of the family died, his brothers would inherit the woman. Winnie’s mother was among a handful of Bakonzo women at the time who defied this tradition of inheritance. Consequently, she was perceived as a rebellious woman and denied any substantial support from her husband’s relatives. After the death of her father, as a family, Winnie and her siblings engaged in menial jobs in order to raise school fees.
“We laid bricks, vended pancakes, sugarcane and ripe bananas in the neighbourhood. We also worked in other people’s gardens to supplement our income”
From the menial jobs and support from kind relatives and friends of her parents, Winnie had her primary education at Nsenyi, Kajwenge and later Kisinga Primary school. She enrolled at Saadi Memorial Secondary school  for her O-Level education and later St. Maria Goretti Fort Portal for her A-Level education.
During her Senior four vacation in 1991, Winnie participated in a competition where she was selected to be one of the people representing Uganda at a convention on the rights of children in Norway.. This trip turned out to be another focal point in her life giving her exposure beyond Nsenyi village and country to how important Children’s Rights are.
In all the schools she attended, she always excelled; finding herself in leadership positions. Whether it was as a class monitor, head prefect, netball captain or chairperson of the Scripture Union. She also participated in multiple school clubs like the Red Cross club, Music Dance and Drama club among others. She later enrolled at Kyambogo National College of Business Studies, Nakawa which then became Makerere University Business School (MUBS). They were the pioneers of MUBS as we know it today.

Career:
Winnie started out as licenced teacher after her senior 4, teaching primary school students at her former school Kisinga Primary. She continued to teach even after her A-levels at St. Theresa Girls School. She later became an academic registrar at Kima College of Business Studies.
In 1998, Winnie got a job with Dragados Contractors working in the stores department. They were constructing Bwera Hospital at the time but due to rebel activity in the area, In between work and politics, she left Dragados and later joined Jungle Adventures Tours and Travel as the Operations Manager in 2003.
In between jobs, she joined politics starting out as district councillor for Kisinga and Kyondo sub counties in 1998 after contesting and winning as the first councillors under the local government Act of 1997.Since then she joined politics full time serving in various capacities while growing through the ranks

When she isn’t being member of parliament or Leader of Opposition, she loves to read, travel, make friends, theatre, music and spending time with family.
She also loves sports and is passionate about netball which she still plays with the parliamentary netball team. She also loves track and field, badminton, goal attack and chess.