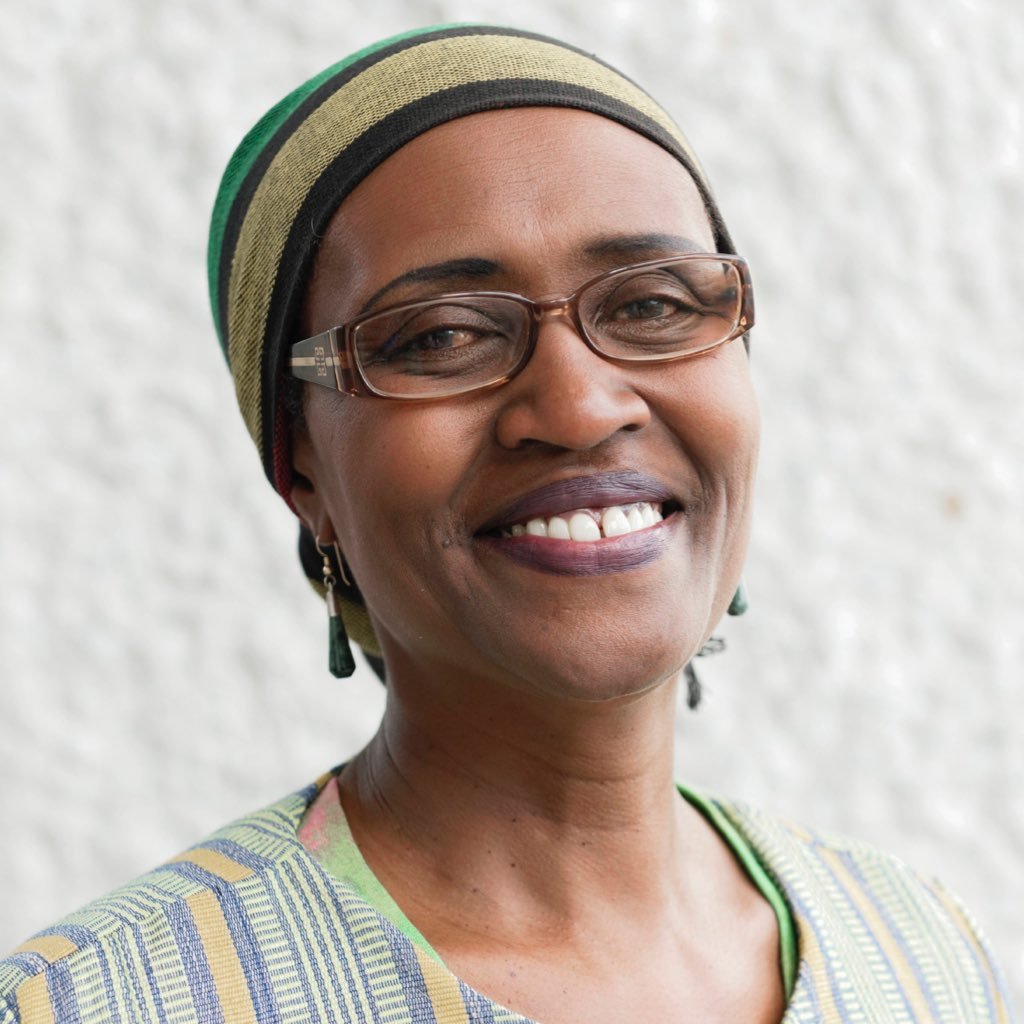 Winnie is a Ugandan-born aeronautical engineer, politician, and diplomat. She is the executive director of Oxfam International, to which she was appointed in May 2013. Before that, she served as the director of the Gender Team in the Bureau for Development Policy at the United Nations Development Programme (UNDP) from 2006.

Background
Byanyima is married to political opposition figure Kizza Besigye, the former chairman of the Forum for Democratic Change (FDC) political party in Uganda. They are the parents of one son named Anselm. Byanyima is a member of the FDC, although she has significantly reduced her participation in partisan Ugandan politics since she became a Ugandan diplomat in 2004.She has five siblings: Edith, Anthony, Martha, Abraham, and Olivia.
She was born in Mbarara District in the Western Region of Uganda. Her parents are Boniface Byanyima, one-time national chairman of the Democratic Party in Uganda, and Gertrude Byanyima, a former schoolteacher who died in November 2008. Winnie Byanyima attended Mount Saint Mary's College Namagunga in Mukono District. She went on to obtain a bachelor's degree in aeronautical engineering from the University of Manchester, becoming the first female Ugandan to become an aeronautical engineer. She later received a master's degree in mechanical engineering, specializing in energy conservation from Cranfield University.

Professional career
Following the completion of her training as an aeronautical engineer, Byanyima worked as a flight engineer for Uganda Airlines. When Yoweri Museveni started the 1981–1986 Ugandan Bush War, Byanyima left her job and joined the armed rebellion. Museveni and Byanyima had been raised together at the Byanyima household as children, with the Byanyima family paying for all Museveni's education and scholastic needs. Museveni, Byanyima, and her husband Kizza Besigye were combatants in the National Resistance Army (NRA) during that war though both Byanyima and her husband have since fallen out with the Ugandan president because of the difference in political views.
After the NRA won that war, Byanyima served as Uganda's ambassador to France from 1989 until 1994. She then returned home and became an active participant in Ugandan politics. She served as a member of the Constituent Assembly that drafted the 1995 Ugandan Constitution. She then served two consecutive terms as a member of parliament, representing Mbarara Municipality from 1994 until 2004. She was then appointed director of the Directorate of Women, Gender and Development at the headquarters of the African Union in Addis Ababa, Ethiopia. She served in that capacity until she was appointed as director of the Gender Team in the Bureau for Development Policy at UNDP in November 2006. In January 2013, Byanyima was announced as the next executive director of Oxfam International, replacing Jeremy Hobbs. Byanyima began her five-year directorship at Oxfam on 1 May 2013 January 2015, Byanyima co-chaired the World Economic Forum in Davos. She used the forum to press for action to narrow the gap between rich and poor. The charity’s research claims that the share of the world's wealth owned by the richest 1 percent of the world population had increased to nearly 50 percent in 2014, whereas 99 percent shares the other half. Oxfam's figures are strongly contested by several economists.
In November 2016, Byanyima was appointed by United Nations Secretary-General Ban Ki-moon to the High-Level Panel on Access to Medicines, co-chaired by Ruth Dreifuss, former President of Switzerland, and Festus Mogae, former President of Botswana.