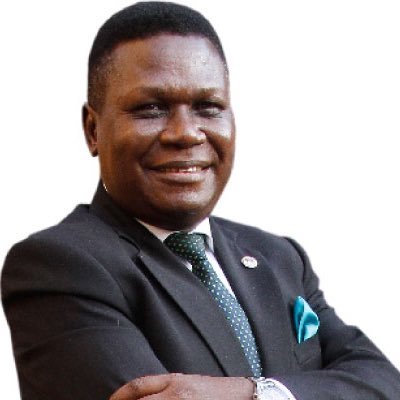 Norbert Mao is a Ugandan politician and lawyer. He has been president of the Democratic Party since 2010. Mao also served as the Local Council 5 chairman for Gulu District.

Languages spoken: Luo, Luganda, Runyankole and English
Mao is a step-brother to Daniel Kidega, the speaker of the East African Legislative Assembly.

Education:
Mao attended Mwiri Primary School in Jinja and briefly went to Wairaka College in Jinja District before attending Namilyango College, a prestigious all-boys boarding high school in Mukono District from 1982 until 1988.
He went to Makerere University between 1988 until 1991, graduating with a law degree. He served as the president of the Makerere University Students Guild between 1990 and 1991.
He then obtained the Diploma in Legal Practice from the Law Development Center in 1992.
In 2003, Mao was admitted to Yale University, under the Yale World Fellows Program, where he spent one year at the New Haven, Connecticut campus

Career
From 1992 until 1994, Mao worked as an associate attorney in the offices of Kabugo and Co. Advocates, a Kampala-based law firm.
Between 1994 and 1996, he worked as a legal counsel for the Legal Aid Project of the Uganda Law Society in their Gulu office.
In 1996, he was elected to the Parliament of Uganda, representing Gulu Municipality. While in parliament, he served on the Legal and Parliamentary Affairs Committee and the Public Accounts Committee. He resigned from Parliament in 2006 and was elected chairman of Gulu District.
Mao is chairman of the East African chapter of the Parliamentary Network on the World Bank and member of its Secretariat. Also, he helped found the Great Lakes Parliamentary Forum on Peace (AMANI Forum). He was instrumental in trying to bridge the gap between the Lord's Resistance Army rebels and the Ugandan government by lobbying for the passage of a general amnesty law aimed at bringing a peaceful resolution to armed conflict in northern Uganda. He belongs to the Democratic Party and publicly indicated his intention to contest the 2011 Ugandan presidential elections, either as the nominee of his party or if not nominated on the party ticket, as an independent.
He was elected as President of the Democratic Party on 20 February 2010 and ran for President of Uganda in the 2011 general election. The DP faced a lot of challenges that led to a split and deep polarization at the height of the election. He attracted only a small share of the vote, and President Yoweri Museveni was elected to another term. Mao and Inter Party Coalition presidential candidates Kizza Besigye and Olara Otunnu, among others, protested the election results in spite of its early approval by international observers and the United States as largely free and fair.